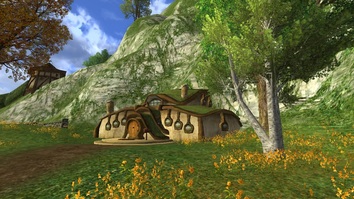 The house chosen for the shootings, to be Bilbos Baggins home!
Welcome to our official "Misty Mountains Production" blog!

We are happy to announce that the first sets of the Misty Mountains Movie are been shot!

The first actors are already in our stage, but we can use the help of every hobbit elf and dwarf of this land!
This production is with the sponsorship of "The Crusaders" kinship of Windfola.
Since the begging "The Crusaders" are doing small clips, movies, advertisments etc.


Now a biger idea came on their mind, on making a production but this time with the help of Middle-Earth. The first interested people joined the production set!
Actors from "The Crusaders" and other kinships have joined the roster, while the imagination of the producers is going wild!
Everyone can participate in this event and help the trailers go on...after all its a move, by the fans....for the fans! 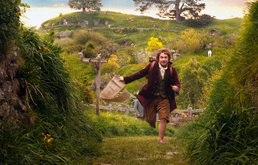 After the first advertisments of the movie production, The Crusaders recieved many mails about the production spot. It seems that the idea is followed by many people now, as many think it will be a blockbuster for Windfola server.

Is it Windfolas moment to shine?


Thorin, Dwalin and Balin are the 3 new actors that will be performed by some of the known names of Windfola server.
More information will be posted soon.

One day after, the first official spot of  The Hobbit: An Unexpected Journey, and the leading Director's are talking about on making it, a 3D movie also, for the crazy fans of LOTRO!


We've seen on the spot the first scenes of Gandalf (Brenter) and Bilbo Baggins (Gobla), also we have heared about the rest of the team that is soon is going to join the shooting scenes!
People wonder if the movie will have a succes, well the sure thing is that The Crusaders, need help of adding more people to the casts team.

Will Windfola unite for the first time, under the spirit of a good production scene?

The sure thing is that the production team of Crusaders are not giving up, willing to find the best cast ever!

The Desolation of Smaug, truths and facts?! 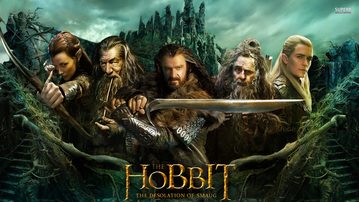 One of the biggest question asked to the production team of The Crusaders, if there was going to be a second movie, but this time talking about "The Desolation of Smaug" according to Brenters words:

I: Will there be a second part? I mean should we expect  “ The Desolation of Smaug” also, after the “Unexpected Journey”?

B: Good question, well so far nothing is sure, we are taking some shootings at the moment for the first movie part, but I will let your imagination fly!


It seems that the production site is not yet sure if they are going to prepare a second part, before they are sure of the first one, Brenter seemed to leave all options open, not willing to give a sure question, before the production team have the plenty of in-game shots with the cast team!

Frodo joins the cast of the movie? 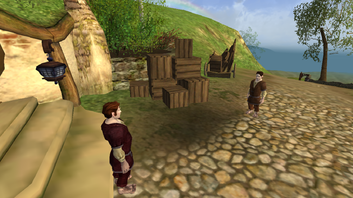 Yes it is true, Frodo Baggins will be on the big screen, according to the directing team of The Crusaders, Frodo  is essential for the plot, and the screen.

The role of Frodo will be performed by Pobla a level 85 warden.
The following picture shows Bilbo (Gobla) and Frodo (Pobla) on the scene together, while Frodo is leaving the house to await Gandalf from his trip, to Bilbo's Birthday, before the movie will go back 60 years ago, before Bilbo join Gandalf and the 13 dwarves to their journey!

Gandalf and Thorin on the scene! 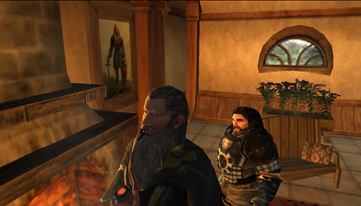 The first insider the shots pictures are uploaded now.

As it seems the Directors of this movie production are taking seriously their job.
Thorin (Snehurka) is singing, and Gandalf (Brenter) is smoking near the fire-place before their big journey begins.

The directing team sayed that they don't have why to have exactlly 13 dwarves for this production but in case more want to come they are always welcome to join!
As things get heat!

Tell us what you think: